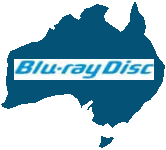 JB HiFi to stock Blu-ray products only
The big news this week from Australia is that one of the countries largest home electronics retailers, JB HiFi, has announced that they will only be stocking high definition movies on the Blu-ray Disc format. No HD DVD movies will be sold at JB HiFi stores. With 72 stores spread through out the continent, JB HiFi has a major retail presence in the region. According to local residents, JB HiFi is a common destination for music and movie lovers in Australia and has been steadily increasing in popularity.

JB HiFi speaks out
A JB HiFi marketing director made the following statements at the Blu-ray launch event in Australia.

“Blu-ray is the only format that has the ability to tell the whole story, with the most comprehensive offering on the market. With seven of Hollywood’s leading studios accounting for the vast majority of 2006’s home video sales, among the 170 plus companies globally that support Blu-ray Disc, it makes sense that content will be king when it comes to Blu-ray.
Indeed this is the reason that we have decided to only stock Blu-ray products at JB Hi-Fi. The range of exciting new film and TV releases as well as the potential back catalogue means that we can deliver everyone’s favourite films on Blu-ray.”

HD DVD options available in Australia
Many publications and websites are claiming Blu-ray victory in Australia after this JB HiFi exclusivity news hit the wire, but we’ve seen this type of premature victory cry many times before from the Blu-ray camp. I try to look at the big picture and the other side of the story most of the time, so let’s look at the HD DVD options that will be available in Australia, even without JB HiFi support. JB HiFi’s prime competitor, Harvey Norman, has not announced any type of format exclusivity and will almost certainly carry HD DVD movies and hardware. Then there are other national chains such as Good Guys, Dick Smith Electronics, Sanity/Virgin or general department stores such as Myer, Target, Kmart and others. All of these stores are expected to carry HD DVD products.

But what about online options?
Australian consumers will still have the option to purchase from EzyDVD (a major online movie retailer) as well as other websites that carry HD DVD. Importing HD DVD’s is another option, especially since HD DVD lacks any region code restrictions.

Looking at all of these alternative stores that could stock HD DVD products, online options and import possibilities, I would be hard pressed to say that Blu-ray has won Australia. Nevertheless, it will be an interesting battle and I will certainly stay tuned to the Australian market news to see if the HD DVD camp responds with any force. More discussion can be found over in the HD DVD and Blu-ray presence in Australia thread at Speedlabs.org, an optical storage forum with mostly Australian members. If you have any comments to share on the Australian battle front, please let me know by replying in the comments section.

Editor’s note: The Speedlabs.org forum mentioned above has been decommissioned, and the domain now shows up on Mozilla’s malware list. Due to this, I have removed the hyperlink.

5 Comments on “Blu-ray takes Australia? not quite yet”