From my article in 2014, I highlighted Touchnote as the app with the best UX and the best features at the time. Nonetheless, I used the PostDroid (RIP) service the most, because they offered deep discounts when you bought a large batch of credits. 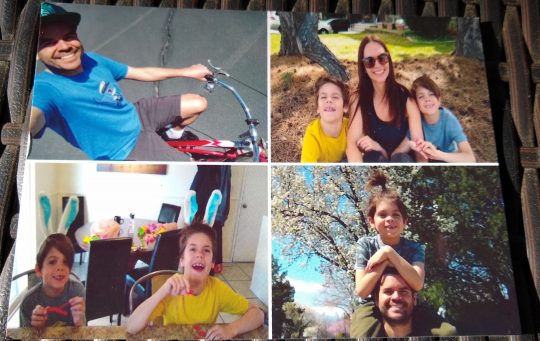 With PostDroid defunct and Touchnote’s ever-increasing pricing, I was looking around for a new option when I stumbled upon Postcard App by SnapShot while searching through the Android Play Store.

After installing SnapShot postcard from the Play Store, it will show up with the name “Postcard” in your app list. The first credit for new accounts is free, which is a great way to entice new folks to try out the service.

As of today, SnapShot photo postcard credits start at $2.39 and progressively get cheaper, the more you buy in bulk.

Purchase 100 and the price goes down to a mere 96 cents per photo postcard! Under a buck per postcard is the best pricing I could find in 2020 for photo postcards.

If you want to send postcards internationally with SnapShot, it’ll cost you 2 credits, vs the 1 credit they charge for mailing within the US.

These pricing comparisons highlight that SnapShot is the best value for a photo postcard sending service in 2020.

After launching the “Postcard” (SnapShot) app on your Android phone, you’ll be greeted by the below home screen.

There are a couple of minor issues here. You can’t use the app in landscape mode, so you’ll need to stick with a portrait UI, without the ability to rotate the app. Landscape orientation photos are supported just fine. Also, notice that the positioning of the image is off, and Ashton (on the right) is cutoff by the framing. This is not how I positioned the image on my last postcard, so SnapShot doesn’t do a good job of remembering how you positioned and framed your last image.

I do like that the app highlights the number of credits that you have remaining at the top right, and the control buttons at the bottom are easy to use and navigate. The app also hasn’t frozen up on me or locked up my phone, as I’ve experienced many times with the Touchnote app.

Overall, the SnapShot Postcard app is easy to use and navigate. Of course, there are a few areas that could be improved. You’ll notice in the postcard above, that I have a white border along the left and bottom edges.

Borderless photo postcards are the best! But… they’re not so great when you accidentally leave a border on 2 sides. It’s difficult to tell when positioning a photo in the Android app whether or not you will accidentally leave a white border. To fix this, I’d recommend that SnapShot implement some type of “snap to frame” button that would ensure no accidental borders are set on the final postcard.

Update: the SnapShot UI has been improved since I had the bordering issue. There is now a marbled gray background in the app, which helps you better visibly detect whether or not your postcard will have a white border or not.

In the image above, you can see the back side of one of our SnapShot photo postcards. On the left half, you are given a generous area for typing out a message on your postcard. The amount of text allowed here more than meets our needs. We’ve seen issues with other postcard apps (such as Postagram) where they don’t allow much text at all, which makes your photo postcard less useful.

We can see that this card shipped from Phoenix, AZ, and it took a few business days to arrive. This shipping and delivery speed was on par with other postcard apps that I’ve used.

I love the multi-image frame and collage photo postcard options! These are super handy if you want to include multiple images on a postcard.

In the image at the top of this post of the 4 photo postcard, you may have noticed that a few of the images look stretched, which is not what I wanted. SnapShot tells me that they do have an issue with issue distortion in collages on some Android devices that they hope to resolve in a future release. The SnapShot app is written in React Native, so they’re hoping a future version of that will help address this problem.

Another thing I’ve noticed with SnapShot postcards is that they seem to print a titch darker than other photo postcard services that I’ve used. It’s a minor issue, but something to keep in mind, especially if you’re mailing out a photo with less light. To compensate, you may want to brighten any dark images in a photo editor, before providing them to SnapShot.

So far, I have really enjoyed using SnapShot postcards, and the pricing can’t be beat if you buy in bulk! We send the majority of our postcards to our parents and grandparents, so we have found them to be the perfect medium for distributing photos and staying in touch with family, especially if they’re far away or out of state.

SnapShot Postcards will be the primary photo postcard app and service that I use going forward. Give it a try and let us know what you think in the comments below.

Disclosure: SnapShot provided me with 100 free postcard credits to evaluate their service and write a review.